with a spurt and blast

as smoke and dust finally

man and material in go 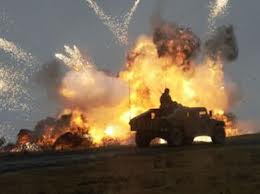 Heard a cracking sound  a little before

It  was not a meagre one in the fore

being  a thunderous  noise  all above.

Deciphering from where it came  became slow

as it was hard to assess the  emanating blast

throwing all out of gear to a jump  fast

sealing every other thing to a deliberate  cast

as most got affected and could not last

the blow  which was a dangerous erupt

swallowed many in a gobble  disrupt

Does it sound a little allegorical?

It is a story not mainly  fictional

but that happened in the  world rational

where turmoil economical and political

gulp the innocent and ignorant in mouthful 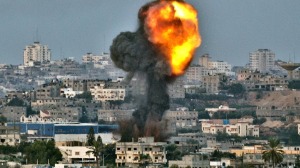 the lives of the have-nots  in full

It was half past ten in the night
There was silence all around.
There were few light around
coming from the houses in the surround.
Most of the households have become quiet
with the few elderly burning the lamp
reading and watching programs in the T.V.
There was no more activity in the area.
In the dim darkness all things looked sullen.
As every other house got into darkness
with the inmates engaged in relaxation
the night reigned supreme with the moon shining cool.

As everything and everyone had resigned to slumber
there arose a disturbance enough to wake everyone.
It was a blast from a mine far away.
shaking the whole neighbourhood in a take off
Down came the stone rolling down in speed.
The houses lying low got hit by the boulders
The children cried in fright and pain.
The old could not pull themselves out from the horror.
The men ran here and there setting toward rehabilitation.
The women pulled out from the ruins as much as they could
Lay trapped in the ruins a poor dog who warned them earlier. 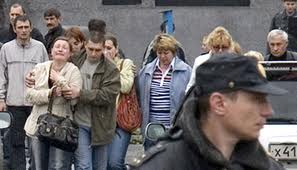