I had an unexpected guest
who always put me to test
she would drench me with showers
if she is in a mood not terse.

The friend of mine came all so quick
could not believe her as she was up to trick
wondered what brought her here all of a sudden
she was always an entertainer never a burden.

I rushed towards her with happiness wrought in my face
took her by my hand and tried to embrace her with grace
she escaped from me and dodged playfully
delighted I stood gazing cheerfully.

She was with me for one and a half hour
she went through enlivening each flower
which blossomed as soon as she touched the petals
her entry brought mirth in total.

The friend of mine could be a friend of you too
she is a lovely person which is nothing but true
I begged her to come every day for an hour and half
as she is rain who acts for prosperity on behalf.

The pattern of true life
is a straight forward strife
sharp as a double-edged knife.

Sincerity is not seen mostly
found in pockets honestly
a rarity that is distinct eventually.

The dubious prosper
while the upright remain demure
fallacy obviously an allure.

The designs are well crafted
the easiest finds itself drafted
the difficult are left as unwanted.

Thus the patterns are formed
the angels become deformed
the devils turn out in full form.

The world moves on towards the vicious
as it leaves the portions that are precious
the invalid indices look infectious. 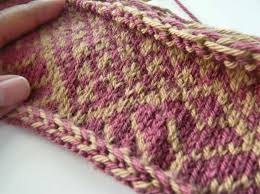 It all happened eventually.
It was not done intentionally.
It all went through casually.

This be the way men explain
if there is a call of disdain
that would bring about pain.

None does owe allegiance
None would answer with diligence.
Most like to withdraw in reticence.

If this be the case of success
there would be a clambered nexus
that explodes all possibilities in a guess.

The sky overcast
became dark and very moody
yet no rain.

King Cobra big and lengthy
lay cuddled in the lounge quiet
it found the floor slippery.

It is seen in the dense retreat
slept comfortably in the living area
perhaps it wished for a royal treat.

The snake, a vicious reptile
was at peace in the corner
there was nothing about it virile.

The lady of the house reclined on her ease chair
lazily moved her eyes around
startled and up on the edge she saw the snake bare.

The King Cobra lay calm and unruffled
while the lady fell in a tumble
she straightened herself to shed her baffle .

She knew not what to do and how to react
she knotted her brows tightly
confused as how to get over in a quick act. 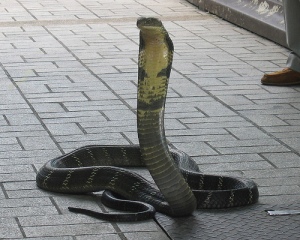 Terrified she stood motionless
the cobra made its royal exit
disappeared into the garden effortlessly.

There would have ended the story normally
but lot of gossip followed
the episode became a topic discussed relentlessly.

The learned pandits differed in their interpretations
some said it is an ill omen
others felt King Cobra would bring fortunate representations.

The lady should have forgotten it then and there
instead she took it all the way
made it great with references from elsewhere.

ay
has a special note
where dead are remembered.

It is being followed
with a short recitation
invoking the Almighty.

The brahmin conducts the puja
he calls out the names of the ancestors
a lineage diligently recalled.

The names of sacred rivers are pronounced
while raw rice and sesame are offered
water being sprinkled liberally on them.

The flower I like
the pattern I love
the food I relish
the house I live
the children I begot
the spouse I care
all form concentric circles
one not clashing or hitting
each one demanding in a way ,
Well, the heydays are over
now going in circles all the way
with a relaxation and ease
that could be for another decade
with that comes the end to all likes
as curtains gradually descends to a closure.

Meenas Poems
Create a free website or blog at WordPress.com.