With extreme joy
from a small hole
she jumps up like a toy
with a delightful goal.

Crossing the villages and towns
and the cities in a stretch
she slows down gradually with a frown
weakening through like a wretch.

The melody of her song
turns a sob as she runs
carrying with her the throng
of waste and dirt and thorns.

You may wonder she be.
You and I know her well.
She is the river whom we see.
Oh! she flows through hell.

Went back to India after a long time.
Setting the house and sprucing it up
took a few hundreds of rupees from the account

in case I needed to buy things
as tomorrow being a Sunday.

The bank staff looked at me with disbelief
I knew not for what and why
coming back home my friend called
We had a long chat over the telephone
She said that a kilo of onion costs Rs 90.

She went on with prices of other commodities
where petrol price has been hiked
a litre costs RS 83 and kilo of rice 60 Rs.
and LPG cylinder costs 500 Rs.
Hearing nothing more I glanced at the currency I had.

What could I buy now with the money in hand.
I deliberated and chid me for being so careless.
The value of Rupee has gone down day by day
with the dollar going up and up
the Indian currency has fallen from grace.

With the currency sinking very badly
the economy getting near to death
inflation rocking high up reaching the skies
the Indians stand aghast at their governance
which has plundered the country to the most.

The opposition blaming the ruling party
The Prime minister accusing the main opposition
The scams and scandals that wreathed the country most
stand the tests nakedly and justifications clothed
with files lost and evidences disappearing.

The Finance Minister preaches from the podium
asking people to be patient blaming the Reserve Bank
while the retiring Reserve Bank chairman calls his institution
as a baby step organisation allowed to take few steps
piling one assault over another pushing the people to death.

ank
while the Reserve Bank would continue to exist protecting the rights of people.
Where is India going with everyone at loggerheads?

Sleeping on the pavement the whole night
with half filled stomach and thirsty tongue
got up when the sun shone on her face.
It was broad daylight with the town picking up the day
as crossers were making most of the day
by going this way and that way
with a frenzied hurry and in a dizzy trend.

She got up fast gathering her belongings in haste
moved over to the other side of the road
sat there looking at the world with hungry eyes.
Watching she did for long and cursing her state
as none of the passers cast a look or gave her a dime
The world at large has so many thoughts and actions
and this little woman finds no place in its shelves.

Thrown out into the pavement for very long
her mother having gone years ago
she as a girl found her place out
lest her step mother would ditch her down.
On the roads the little girl grew into a lass
now turned into a woman still helpless
Are we to blame her for not finding a roof?
or are we to dislike

ourselves for not giving her protection.

Licking the spoon the little girl sat for long.
There was nothing left on the plate
nothing in the spoon to lick
both were empty and plain.

The little girl was in a world
not very near but far
thinking of her mother
who had left her a year ago.

Alone now with her father
longing for her mother’s touch
she most often goes in a trance
longing to get back to her mom.

The father busy on his own
provided her needs
but could not give her the warmth
a mother could extend.

In days to come mostly very soon
she would come to know
that her mother has left her always
but sees her from the skies.

The birds are up early today
squeaking and tweeting
making the back yard lively
pecking on the vegetables
munching the grains
and eating the left overs
that lay liberally in the yard.

They have a way of chirping.
A call to the others
comes with a sharp cackle.
A fear that rises up
evolves a hurried squeak.
There we find the difference.

Today it is one of mirth
reflecting a go together move
wherein I find a lot of them
flying low and moving in hops
having fun in my garden
a happy sight to see in the morn.

my heart
as they have a lively start
with once upon a time game
as a Prince on a horse came
searching for a bride from far away
while the girl lay on the bed not gay
made to lie down by a witch bad
the girl looked very dull and sad
feeling pity for the girl the witch said in a boo
“you would be released as soon as prince kisses you”
The girl waited years together for the Prince charming
as of now he has come to the place with no warning
He gets to know about the witch and the pretty girl
jumps into the room without ringing the bell
enamoured by the girl’s beauty he kissed her blue
then he lifted her to the horse and away they flew.

Got a call from a physician
asking whether I need an injection.
What for? I asked in confusion.
Being ill with infection
you have to go for hospitalization
taken care with proper attention
and put on a diet of nutrition
enabling you to get cleared of congestion
also improve your digestion
he was going on and on in continuation
knowing not with whom he was talking to in aberration
I have to listen to the whole in concentration
as I knew him personally and have long association
not to disappoint him saying I am not the patient of his

The nuances of literature
gives a best feature
and lends a stature
great and good in going
amongst the mass in growing
and sends a flowing
with a lively throb
suppressing the sob
enumerating the rob
there comes in a sensation
full of satisfaction
permeating a meditation
that of peace
not in a fleece
but in an increase. 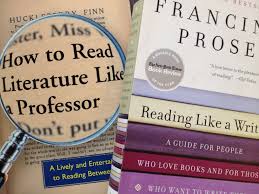 Rose is a rose
with an elegant pose
it remains a rose.

Rose is a rose
let there be many grows
it is still the rose.

Rose is a rose
many others might propose
but the feel is the rose.

Rose is a rose
competitions would force
yet it is a rose.

Rose is a rose
with things from other source
it still hold up as rose.

Rose is a rose
nothing could beat her in

throws
being the unbeatable rose.

Coming to a place different altogether
settling in a town where aliens are together
a few of the flock do occasionally gather
giving out information enough to bother
sufficient though to cause a flutter rather.