A clash of egos of two sections
the influential and the rich being a handful
versus
the rest who are  almost in millions
has turned into a controversy.

The century-old festival is at crossroads,
literally and metaphorically.

Penang’s Thai Pusam is being endangered by the tussle.
The two factions of the Tamil community abuse,
accuse one another.

An unpleasant contest ahead.
Silver against gold
Antique against new.
Tested against untested.

The silver chariot’s  competitor is its costly cousin.
The opponent is a golden one shimmering in the Penang hot sun.
Both processions would take the same route.

Man is promoting a fight.
Lord Muruga confronts Himself.
How is it going to be?

The devotees are bewildered.
Whom to follow? Which one to worship?
The silver or gold.

A play on the piety of the people.
A manoeuvre of deceit.
Critical it looks.

The devouts, please leave it to Muruga.
He will lead you. 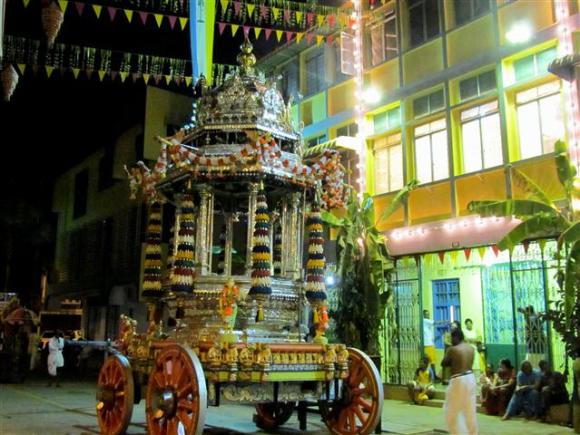 A lover of classical Carnatic music.
An avid reader, passionate writer, into stocks and investments for livelihood

This site uses Akismet to reduce spam. Learn how your comment data is processed.