not only the wind

but the mind oscillates

between fair and foul

as fair  comes behind

it drags and delays

while foul is upbeat

holds with a tight fist

wins over in a wink

that be the speed of foul

as all things bad

go with a rush.

Fair is a beautiful word

fair in all ways

fair by all means

a literary of the fairest of all

a metaphoric of the exactness in all

could carry a strategic reference

with a justifiable occurrence

when fair and foul plays the wind

fair and foul happen everywhere in all kinds

as long has been the delay in  settle the score

lands up in a phase of uneasiness with a disrupt

well, patience, as you know has an endurance

when put to  a test curls up with a reluctance

the mind  deciphers the deceit well beyond

falls into a dissolution unable to negotiate  further.

Fair in all ways

the skin being light

the thoughts being  great

lives a life just and fair

fair in all she could and should

smiles with a shine

expresses  with a  fine

Indeed, she is a loving  kind. 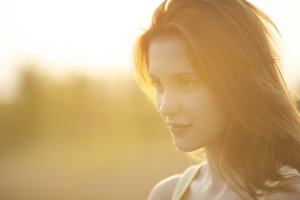 Fair and foul plays the wind.

fair being less of a kind

foul being more with a bind

there rises a wind with force.

The fair wind being lovely

blows across with a soft whistle

flowing through the face with grace

and through the land with  smothering trace.

The foul the wind be all through

raging with a fierce  slew

knocking down everything on the way

tormenting the land and sea all  in a day.

Being so in life all the most

with the fairness being seen less

while the foulness overwhelms

there seems to be the bad overcoming the best.

that be in the mind

then going you find

foul be all the more.

That be the experience

not only to me but o you

where you find yourself in a pool

full of vibes and viles.

Those are the expressions

that fair would be all

just would be all

that go into the sway.

nothing more  in real

Going by the world

fair is not the word

that be found in olden days.

Gone is the value of fair

as we see everything foul 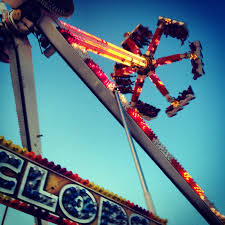 with that let  us be happy.

as fair not be in anything

let us be contented with that.

A child over there,

sits in a corner,

confined to a bare,

falls  down in scare,

collapsing every other in a flare,

well, that is  the end of the fair.

Almost anything is found in the road fare,

Not only wears but also wares,

Not only snacks but also  dinner

Not  only play guns but also missiles,

Bargains go in a hectic range of  float,

The vendor   comes out with a  quote,

That  baffles  the   alert   buyer

Who hides  his  rising temper,

In a feigned  distraction,

There arises a verbal dual,

Keeping both in a gruel,

The seller  claiming too  much

The  purchaser  refuting such,

The rest  delight in the argument,

The tug extends to a  time,

Either of them unresponsive to the prime,

Lastly the giver of the goods yields to a limit,

The  taker  of the product  unwilling to leave the summit,

Comes out with a feasible tag to both,

deal  ends in a solemn oath.

In complexion and colour,

Are you fair in other?

Not to Snow white alone,

While we  grin peevishly,

Whilst we shiver nervously,

She is fair all through,

But we are unfair  to the cue,

She sweeps across in pride,

When we weep over in deride,

Snow white is the fairest of all,

How fair  are you?

We do not have a clue.