An early marriage
and three children within ten years
placed me in a status
when I had no time to stand and stare.

Imagine I studied for the
board examinations
four times.
Each time it was different boards
I managed to come out well
my own take was honours
one another with distinction
the other two with a first class.

My sons flew from the nest
Left to me,
I started to look at the mirror quite often.

The reflection is quaint.
I see an old hag with  grey hair around the temples.
I shout”it is not me!”
Mirrors do not lie.

not one in our part

not so in our part

not so in our part

as seen in our part 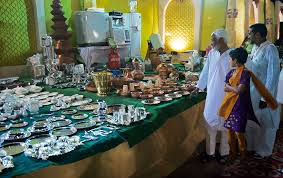 with one, not with four 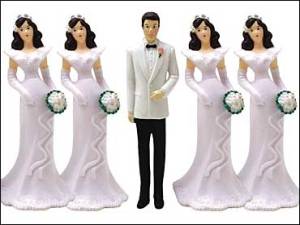 too many is awful

The marriage a year ago
where the bride and groom in slow
accepted each other in the go
after they promised to shed their ego.

The girl did not socialize freely with her in-laws
she withdrew into a shell , that be her major flaw
refused any contacts with her husband
a character too firm to be bent.

The man wanted to preserve the marriage
he was unable to read and gauge
the attitude of the girl in a range
he camouflaged artfully the estrange.

There was no intimacy whatsoever
the girl lived on her own, a way clever
while the boy was confounded to loneliness
as no consummation happened without tenseness

The marriage has now hit the rocks
giving juicy food to people’s talks
the divorce finally has been filed
the relationship so far is pretentious and guiled.

The patience and understanding are not found
the economic liberty has laid a firm ground
the dependence is missing on the scene
which brought out an affability in deem.

I am from the age-old school of thoughts
where give and take were emphatically taught
economy never came into the family’s threshold
the theory stoop to conquer was the hold.

I lived so with an adjustment all through
annoyed at times furiously I flew
then softened down to the core without a show
that way I marked my existence in the flow.

My experience would fall in deaf ears, I know
as this era is known for the currency glow
where love and affection find no place
as there is a mad, mad money chase. 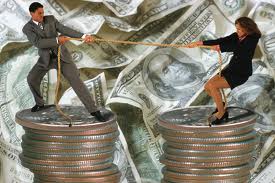 Kneeling down she beseeched
apologising for her mistake
He remained unmoved and unperturbed.
She gave up all her takes.

The relation turned sour gradually
She being snobbish and adamant.
He being simple and  friendly.
The attitudes took a chance different.

There being  no compatibility between the two.
Had to move towards a break
Foreseeing  the breach would torment them
she decided to turn a new leaf in the wake.

He not believing her fully
apprehensive of her behaviour fully
did not want to go back wholly
as it would lead to nightmare entirely.

He wanting to get rid of her all the more
she wishing to go soft with him  showed love
the scenario became entangled  once more
releasing an uneasiness  defeating the things above.

All feel this marriage would not work all through
as both being diagonally opposite
I want this to  be carried through and through
as we all know unlike poles attract am I right?

Matching two horoscopes is an ingredient part of the Hindu marriage. There are several pointers to find out the compatibility.There are various exceptions to these pointers . The placement of planets play a pivotal role  in the matching prologue. Each pointer has a specific role and has been assigned marks. Mostly all schools of astrology assume the value as 36, and a if the compatiability gets above 20 then the wedding can take place. If it is less , then certain adjustments in the form of parihars should be done before performing the ritual.

The position of planets , indicate vital progressions. The twelve houses talk of parents, education , wealth, offsprings, health, siblings, marriage, harmony,sins of previous birth, curses, peace , rights and disturbance.The saturn in the fifth house  tells us about the evils of the previous birth and its effect. The seventh and the eigth houses should be open. This predicts a happy married life. Mars in the certain houses give ill effects or dosha. This generalised statement has so many if’s and but’s ,that confuses the clear mind.

A deep analysis of  an  astrologer ,cannot be taken to the full confidence, as when referred to another professional who gives an extremely contradictory work out. When the bride’s side is convinced , the groom’s people are doubtful of the connotations. The combination which seems to be favourable by one astrologer, becomes unholy according to another . The vie for unanimity is a common occurrence.The proposal gets dropped.The other fixtures , as status, education , brought up, intelligence, looks , and pleasantness are not considered. The likings of the bride and the bridegroom are  not taken into account. It is the astrological principles that assume a dominant role in a marriage.

In the era of progress and advancement , the pinning down to circumscribed affinities appear to be out dated. Astrology ,for that matter did not enjoy such high degree of  ascendancy,twenty to fifty years back.The families’ position, their standing in society, and their values  were the key elements that brought out the marriage. They were successful , as the individuals of the same wave length got tied up and they perfectly shouldered the yolk of marriage. The frailites and weakness were present , but did not take an overridingsymptom. The conceptualised ,idealistic , matrimony found an illuminating evolvement in the married life. The involvement , tolerance and patience were so overwhelming that the egoistic echoes got diffused in the blossoming of the family.

Two individuals got entangled, grew together with love and passion, led a life of patience and tolerance, gave birth to children , nurtured them with love and affection, tended them with care and attention, earned a reputation, made enough money for comfotable living, and sustained a wonderful lifestyle. It looked so simple, yet difficult, so humble, yet great, so modest yet graceful, so realistic yet divine .

These happened without the  matching of horoscopes. Now , this compatibility reports which predict prosperity spell disaster, which anticipate harmony provide discordance, which  ensue peace ensure struggle.