It is a fight between two

one being on the top of the other

the stronger one beat the other blue

the weaker one stands helpless rather.

The strongest walks away in pride

he marches past with a hearty laugh

feels he has taken the other for ride

thinks this could be the other’s last laugh.

The weakest walks with head bowed

he moves slowly with a lot of grief

agony and anguish places him in a limbo

with a let go attitude he concludes in brief.

All is not well with both of them as found

tides turn unexpectedly all of a sudden

the strongest loses his grip and is not sound

the weakest gains in every aspect feels no burden.

A story in a poem all the more  being an allegory

the figures keep not the same all throughout

the transient be best seen in nature and man in and out.

happens in times all

emboldens in the wing

a long story in  an entail.

This is a phenomenon

power is the goal

leads to an outrageous toll

a long story in  an entail..

The royalty sees such ones

so do the wealthy almost known

a long story in

The most eligible bachelor

became an envy of all in a course

as every fairy tale would go

they lived happily ever after

not so with this bachelor

as he is of a  different  cast

it is a sip and a taste  fast

first of all in the run

he was not a bachelor in turn

which does not count with veracity

he had one or two or even more

live in relationships in an alien soil

he married the beautiful girl  to foil

the institution of marriage and its sanity

his parents well known for their vanity

arranged the marriage with keen insight

a dubious attempt not to be taken in light

a girl was born to this heartless man

who extracted much joy from his wife as he can

then  went joyfully across to his live-ins

ditching the wife and  the child into the dustbin

that could be the doom of  the marriage

nay it continues in a rocky land with a limp

the parents still roam about and quip

they would be united in a short while.

the majority condemn the atrocity.

A story told
is retold
year-long it goes
from ear to ear it goes
add ups are too many
left outs are very many
it turns sweet at times
becomes sour at times
loses its originality
reads as though new
a different tale in lieu. 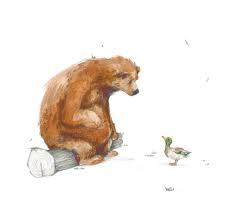 The story is woven
with the heart and soul
the thoughts head to a clash
deliberations slow down
the plot gradually unravels.

Not with any prescription
nor with any plan
the fiction develops
with anecdotes small and big
spice up the tell.

The delineation of characters
the insight into their characteristics
the spin and the turn almost uncertain
the novel opens up in strength
a surprise to the writer hitherto.

The storyteller himself not knows
what is going to happen
as the feel get him in fits and start
up he goes through the heights
across he beholds a sight delicious.

That is how the fiction is written
the apprehensions and descriptions
fuse together in a whole
arise they an enthusiasm in all
the tale finally is accomplished. 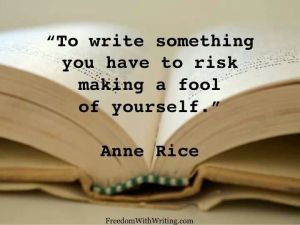 The son did
for his own personal interest
the mother believed.

The daughter lost
more so the maternal love
suffered a lot.

The son gained
usurped the daughter’s share too
all tactfully done.

The mother died
the relationship never got better
the daughter down

The son revels
having got a bigger share
happiest he be.

The nemesis would
strut in catch him unaware
disaster befell him.

Being the wealthiest once

Finding listed in Billionaires  once .

Seems to be nowhere now.

Made money by hook

Reached the top by hooking.

Seems to be nowhere now.

selling snacks with all worry.

Turned away by banks is a story.

Managed to rise up

Getting money from the poor

say five, ten, dollars for sure

Got deposits all over.

Manipulated them to rise above.

Went round  the streets in a bike

owned a fleet of air planes  to strike .

transformed into a character whom all liked

Rose to great heights all at once.

Lived in a two room hut  in the earlier years

Bought a  sprawling bungalow  in 270 acres  in the years

Rose to great  heights all at once.

Law , was turned and twisted  with great diligence

Politicians   and officials recognised his relevance

He has got paid for his indulgence .

Would be behind the bars very soon.

In my hands  my little son  found solace

rocking and singing he became calm

that be the beginning of my hands association .

Holding my hands my son got across

with a feeling secure he went about

that be the preliminary take of my hands.

Holding his hands I taught him to write

write did he with figures small and big

that was the secondary level  of the hands of mine.

The hands that moulded him to the perfection

the way he grew up under its protection

that be the third degree connection of my hands.

The time has come for him to move

taking the hands of mine he goes forward

a final  position of my hands with him.

Seeing my hands now I find

they be worn out with wrinkles around

shaky they are fit to end up the  strive.

Well, they were the same hands long back

robust and strong full of life

soft and tender  as a petal.

The hands have told you a story

that of being the tale of every mother

those born before, living now  and going to be 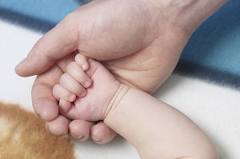 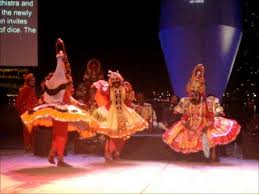 A day or two ago

heard a story of long ago

when men used to work manually

with no electricity to help them

and no other gadgets to assist them.

getting up early in the morn

walked to the place of work

with meals wrapped in leaves

and had complete rest  in the evening

with no other distractions

except the weekly fair

and the street dramas enacted

then and there with  songs

only the drum and the conch

that lent the beats

They were healthy and robust

vegetables  fresh from the farm

supplemented by fruits and grains .

Their life was easy and lovely

and they did live long

passing at the right age

as no medical facilities prevailed

facilitating a prolong and an extension

perhaps it was an intentional

giving  way to the next generation

Telling stories has been his practice long.
Telling them with twists and turns are his belong
Morning he gives one narration wit the turn
and the evening sets the turn into a twist
making the listener to hold in suspense
till the next morning when there is yet another swirl.
The receiver has no other chance but to hear
the stories with a daze and a freeze.
Mystery would play a second fiddle to his technique
as he goes on building lies after lies
in quick succession mesmerizing the listener
and he himself loses track of his scroll
as the multitude of lies come like a swarm of bees
besieging the audience and the narrator one at the same time.
The story has

no start and end proper
as it is entwined over a net improper
it is a cobweb of lies atranger than fiction
and very difficult to clean up the intensity
with which they intricately spin in a bobbin
creating a story of irrelevance.