Migration is their strength

anywhere and everywhere they go

with their handmade produce.

Those of whom found in  South India

more particularly to the region of Tamilnadu

associate themselves with Lord Muruga

who dwells on the Palani Hills in the Western Ghats

as his consort Valli is from their tribe.

Their move with  a  bundle

carry their children in a slung

hanging from their necks

The  Kura vas ” speak a dialect

peculiar to their tribe and land

a mixture of Tamil, Telugu, and Sanskrit

all an “avial”  as the famous side dish  of the locals

” ellai saami  vaa saami” they call the passers by

with an intent to read the palm and predict the future.

The genre excels in astrology  as much

in a song being a kind of a psalm

all sung with clarity and authenticity.

Education is not in their agenda

learning they do not care

it is the hearsay they have in memory

a boil and a mix all too fast.

one man one wife is not in their cast

be their simple wedlock  with all its riches 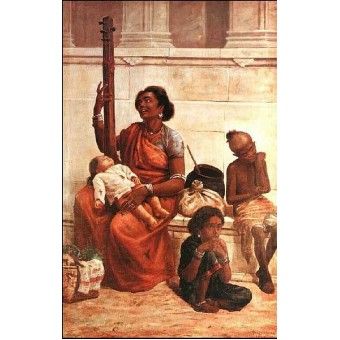 Their entrepreneurship is  a skill dumbfounding

could I call it a  marginal economy?

as they make quick calculations

add, subtract, multiply and divide they do

with no pencil or paper all done in their mind.

Nature is their mother

the place under the big tree is their home.

the river bed is their washroom

the open space is their play area

aligned to nature as much as they can.

The ups and downs

keeps one tied down

happy to see the rise

sad to experience the fall .

A climb up is  a struggle

a slide down is easy

many factors  go to make it .

All of us know

till the going is good

As the tides turn  back

the results show a negative

Similar to the  waves

a progress in the run

a retrieve without fun

day in day out it happens.

the life  goes on likewise

with a ripple and a furore.