The characters we find around

being real people in the surround

the  insights into them in detail

brings out their plus and minus in trail

the one over the other jumps  now and then

the good shows up in not more than tens

the bad  throttles through the way

a rhetorical expressionism in the sway

as always the great keep their silence

the bad creates a din with an irreverence

portrayal of the great needs not more than a skill

that of the villains demands the best of the skill

being bad requires a lot of tact and knack

a manipulation and a scheme all through  in stock

the good stay on as always angelic and demur

unperturbed by antagonism and rumour

so goes the characterization  with a focus

it would not be able to consider anything porous.

Caught in the middle

unable to face  all

knew not what to do

Could pity her at the most

She being at fault

Having  committed  a crime

Akin to a murder

Mean I not literally

Mean I the alleged

Her words and thoughts

Hurt and caused a death

Well, she is an assasinator

Being that of a character.

Citing many reasons for his failure
he came out with a flimsy reason
ascribing to his unsuccessful bids.
That may be true to the very word
but sounded totally foolish
H 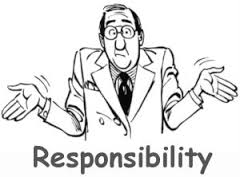 ad he been little more focused
he would have won it with great merit.
Simply saying that it has escaped his attention
does not hold water as the loss is enormous.
He always throws the towels in despondency
never subscribing to the defect openly.
Telling this and that for the fall off
has been his way of life in the course of years.
Never wanted to learn a lesson from mistakes
but always wishes to get the best of other’s efforts.
The character of him has been of great distress
as he is known for his slips and faults.

An autocrat she is.
A defiant she was.
A dare-devil she would be.
She could turn ruthless in future.

No wonder she lives alone.
Not alone really but with her children.
Interacting with none at all times
Tracking everyone now and then.

She speaks with disregard and
She thinks she is the be all and end all.
She is not a fictitious character found in books
Truly she lives amidst us in life and blood 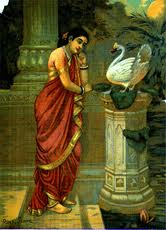 It is a tradition on the move.

sticking to the values in a  grove,

shunning the deviation in a blue,

passing on with a conservative flew,

Her move is  an enthusiasm  lively.

With a charisma she proceeds gaily,

with a stamina she presides sternly.

with a  discipline she conducts firmly,

with an energy she works untiringly,

taking her to the  step of victory.

Tradition is not  only in her attire specially.

It is  found in her speech almost admiringly.

It is seen in her manners all the most specifically.

It is explicit in her character very distinctly.

It is visible in her demeanour most explicitly.

Tradition makes her look tallerexplicitly,  than everyone else totally.

Anecdotes make up a story.

Qualities eke out a character.

An interlude of greedy manipulation  unfolds the basic integrity of a Man.

The man ,whom I like to cite, is a wee higher than a barbarian.

He has very less formal education.

He is a village product.

He possesses no etiquette.

He has inherited a wealth from his ancestors ,which keeps him going.

Rip him off his wealth, he becomes an incorrigible  rascal.

To crown up his notoriety, he recently indulged in a petty feud with his kinsman.

The relative had borrowed money from his brother, a decade back. Now ,the

Knowingly or unknowingly , the kinsman returned a part o the money to the illiterate hero.

The brother, who had actually lent money  warned the relative not to pay the money to the hero.

Ignoring the real lender, the borrower continued to pay the money to the other.

The Man  accepted the payment, fully knowing that it does not belong to him.

A  few months after , the kinsman referred his account books.

Alas! the truth dawned on him.

He ,at once rushed to the hero ,explained  the matter ,and asked his money back.

The kinsman approached through a common friend also, but the Man did not budge.

The kinsman and his wife got infuriated and cursed the Man to the core, invoking God’s wrath on the Man.

The undeterred cheat remains silent, unaffected by the fuming and fretting of the Kinsman’s clan, and unperturbed by the slander that encircles him.

He wants money,money  – nothing else.

What a Man he is?

What sort of brought up?

What kind of integrity?

It is an outright sale of scruples for currency.