The day is beautiful

all set to entice

I hear a music

comes not from anywhere

a song of my life

hums in my ears

the notes go up and down

expressing the joy with a gusto

intimating the sadness with a feel

synchronising the glory in cheer

reflecting on the losses in grim

the high intonations with melody

merge with the low notations  softly

the song goes on for hours

I stare in front of me

It is a feel
a feel of horror
full of terror
crossing the border.

It is a feel
a feel of fear
from the rear
getting over the shoulder. 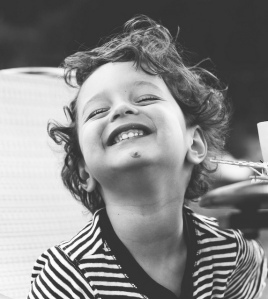 Mind you it  is another day,

Not different from any day,

Mind you it is a usual  wake up,

Not very different from  other get ups.

Mind you it is going about the normal way,

Buying grocery at the sub way,

Holding a while in the mad  traffic,

Mind you it is another page of your life,

It is a fresh leaf out in the lease,

Cautiously straightened for a release. 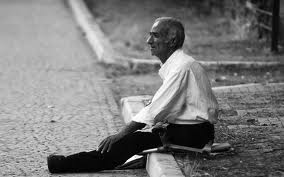 Mind you age rolls out in brisk speed,

Withering the face to  a wrinkled seed,

Customs break the beauty  to an  antique calm,

Years move on in a quiver,

Bringing cheer and sadness together,

Well, that is how another day gathers.

A cry of a babe  yonder sets  a tentative  palpitation,

Is it due to pain or colic? worries the  caring mind .

The shrill wail far away  incites an agitation

Is it hungry or lonely ? queries the  loving kind,

Soon the poignancy tempers to a silence.

Th cackle and battle  in the streets  calls for attention,

May be the shouts are the outcome of water shortage?  retorts the heart,

The loudness soars to high decibel round the street corner , a unpleasant distraction,

Fighting for a  pot of water in long queues in the scorching heat,

In no time the gravity diffuses to a quietness.

The stampede and rush  in the cities   decry a chaotic confusion,

Is it  a result of an unwieldy flow  from the villages ? asks  the instinct,

The congestion  creates a suffocating environment , a terrible   desolation,

In a wink of a moment the sweat disappears into a sullenness.

The feverish and   deliberate anguish to join the universities,

Is it because of the four digit salary and perks ? inquires the belief,

The aspiration destroys the mindset of the wards , apprehensive  diversities,

Competing to get entry to the coveted soft ware courses , a ridiculous relief,

Like dew drops the tough wrangles descend into sobriety.

The charm of life  dissipates  in the milieu of undue hurry,

Is it a  reflection of the worldly pleasures? resumes the dialogue,

Slashing the essence of existence to a mere unrelated analogue,

As a magic , ” joie de vivre”  devolves into a solemnity.

There was a note of melancholy all around,

There was a sort of depression in and out,

The whole environ was heavily charged.

The tinge of sadness got expressed,

In the colour of the dress,

A colour of mourning,

A symbol  of grief,

The gathering reflected a desolation.

The twinge of pain was unbearable,

The thought of distress was deplorable,

A bash on the head,

A beat on the chest,

The scenario was upbeat with sordid temper.

The tinge of unbearable  twinge,

Gave way to an oppressing tenor,

Inducting a moment of strain and drain.