When do men cry?
Do you know?
Yes, for reasons that might sound familiar.
They wail loud uncontrollably
while they experience a loss
either be it death of a loved one
or be it a wipe away of the bullion
They break down instantly
when they are beaten,
either by their coparceners to a finality
or by their competitors in validity.
They weep inconsolably
while they are overtaken
either by their rivals in the run
or by their friends for no fun.
They shed tears immediately
when they get infuriated
either by their inability to achieve the slot
or by their inefficiency to amass wealth in lots.
Men do cry and sob unashamedly
when they are condemned obnoxiously,
and when they are jeered derisively.
Men cry the most in panic
when failures strike them with a blow
and when non recognition pushes them away from the flow.
Knowing now why men cry
we have to generously give them

Disoriented is the mind after a shock.
Disenchanted is the soul as it experiences a block.
Disheartened is the heart as it hits the rock.
Disturbed is the thought as it is subjected to a mock.
Disintegrated becomes the idealism as it stumbles into a deadlock.

Dishevelled is the hair as the curls fall in locks.
Disfigured is the face as hurdles besiege it in a flock.
Dislocated is the disc as hurried movements enforce a knock.
Distraught is the being as every other thing takes it to an extreme stock.

Laugh at yourself enough.

Laugh at your struggles tough.

Laugh at  your experiences rough.

Laugh at your foibles muff.

Laugh at your  own voice gruff.

Laugh at your wordy bluff.

Laugh at your smooth sailing surf.

Laugh at your  cosy turf

Laugh at everything in a huff.

It is time to laugh and laugh.

The head started to ache.

The  pressure  was on all sides.

It was a horrible take.

Everything went against the tides.

The exertion was unbearable to take.

There was none to guide.

The living was only for sake.

It was difficult to ride.

Would the pressure turn out to be a break?

Would it work out to be a long abide?

Nothing seem to be  conducive in the track.

Everything ended up in a blank.

There was none to bank.

All issues drew a blank.

Nothing was above rank.

Most experiences pointed to blank.

They lay above the tank.

Part of life was blank.

It exceeded the clank.

The weeps overwhelmed the crank. 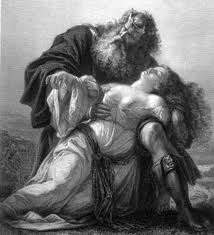 There was a snap.

Tut tut it broke in a slap.

It broke into pieces from the top.

Dum dum it fell in a flop.

It looked miserable from the slot.

Its pieces lay strewn in the plot.

Lo! lo! there was anguish among the lot.

Could it be redeemed from loss?

Nay, nay, never could it be so in a toss.

Was  it a piece of glass that lay shattered?

Alas! restoring it would be a task withered.

Was it anything that caused an expensive casuality?

God forbid  buying again would be a vanity.

It was neither glass nor a costly treasure.

It was  an abstract design in feature.

It was not visible in nature.

It was highly emotional in stature.

The proximity to the theme is drawing close.

It was  the  filial relation that fell apart in blows.

It was a feverish talk.

It depicted a mental block.

The anger was beyond the stock.

The expressions were hideously  cocked.

It went on and on  for hours through the clock.

It was hard to listen to the verbal shout.

It was  sheer agony to hear the slanderous sort.

Caution  took the bestof times  as to not to be caught.

There was a struggle in between the slot.

The annoyance was a result of an unhealthy clot.

The swearing and cursing were unbearable.

The sobbing and whimpering were intolerable.

The incessant calling was really a strain incorrigible.

An intention to bang the telephone became irresistible.

Well it was a frightful exercise all throughout the day’s table.

Bearing the cross is Lina’s destiny.

The significant indicator pointed to Lina if not to any.

There was an uproar over a mishap.

Lina went there by chance in the crucial

She stood mutely watching the crap.

Quick as a wink she fell into the trap.

The main opposition vanished in a second.

The other party was delirious for more than a second.

Their eyes caught hold of Lina in a fraction of a second.

Accusations overflowed in a spate  within a second.

Lina did not understand a thing about it.

Yet she had to face the brunt without knowing it.

She did stand the vehemence with a brave outfit.

She said “I am no way responsible for it”

Lina is not the only catching up with the reference

Lina represents the many who are punished for other’s offence.

The likes of Lina  have to bear the cross in defense.

There was a bang next door.

Something fell on a floor.

Other things flew out of the door.

Certain others flew in a soar.

Every other thing was in fours.

The shrieks ranted the air.

The shouts lay everything bare.

There was no one to care.

It was a terrible blare.

“Not me, me,”sobbed the other in a whisper.

The dialogue was converted into a slander.

The exchange was disgracefully vulgar.

The incident did not propose a healthy augur.

The storm died down with an intermittent intervention.

The go back would be a shameful digression.

A physical abjure would have been a better proposition.

Alas! the wordy abuse was an incisive demonstration.

In the early evening I felt a shudder.

The chair rocked a while.

The table shook a second.

The building jolted  a minute.

There was panic all over.

It was only the  day before.

It was a hot afternoon.

There was not even a breeze.

The tremor caught us unaware.

We were left gaping at the disaster.

The disaster was not heavy.

There were no casualty in the run.

There was no monetary loss in the trend.

The people got evacuated for reasons known

The devastation was not physical to the core.

The scare was thoroughly profound all the more.

The apprehension was killing at the most.

The recollections were fearful foretelling a Tsunami

There was a deadly silence reminiscent of a melancholic sadness.

The desolation carried a reference of  lethal premonition.

The desolation started to overwhelm in magnitude.

The will to live was driving everyone in platitude.

Nature has its own way of signalling its motion.

It warns the people of their shortfalls.

Wittingly,we cause damage to her in our own way.

Morbidly we throng the habitations in multitudes

Avariciously we work on her for our benefit with 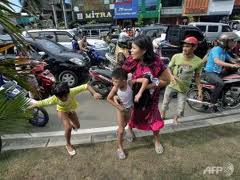 Unmindful of her great discomfort and  terrible plight

Patience has been her virtue for long.

Destruction has been our goal for too long.

Playing with Nature is dangerous,mind you

Kidding her virtuosity is harmful,beware.

Humiliating her is perilous,be warned.

She would suddenly break with a vengeance.

Throwing out and tearing  everything in a violence.