The passing frenzy got a cut off,

As it  focused  on a spin-off,

The twist to the turn was  stealthy,

It tried to depreciate the  wealthy,

As they dodged the authority ,

With power and audacity,

Promising a handsome  hand out in the  transaction neatly,

Caught  in between the   forceps of control,

The officials succumb to the submissive role,

Playing the art of corruption impeccably,

In anticipation of the fortune assured enormously,

The unaccounted money gushes out irresistibly,

Accumulating treasures in the form of gold and silver,

Mercedes and BMW’s  add to the fun,

Islands and resorts  work up the billions,

Cruises and planes  amount to the trillions,

Mansions and retreats call for much more,

Philanthropy   claims   a torrential  down pour,

As they cross the mind of the  Forbes top man’s dare ,

The imperious disburse their  surplus to the needy,

As though they  are parting with their hard-earned   money,

Which ,in fact, is the collection of wrong accounting,

Which , in truth , is the  securing of  details  recounting,

Which , in all seriousness, is  none other than robbing, 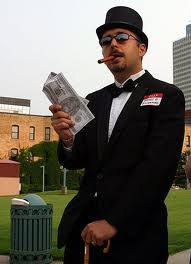 man, the poor man, the lay man of his throbbing,

Abducting the majority as a personal achievement,

Disbursing the miniscule as a  charitable endowment.

Let me assure you it may be anyone of us,

It could be Dick of  Macrohard,

It could also be Harry of Resilience.