The morning breaks so fast

while the evening folds so late

that be the day in cast

as the hours pass in a rate

with the morn opening up with the darkness

and the night closing down with the brightness

it is absolutely man-made

not to blame on Nature as such

it plays the role perfect and ready made

Man sets his clock ahead for reasons known

as the governance takes the upper hand

and thinks it is above all very invincible.

A flash of light

it is in the night

the moon gazes from a height

falls  down below on the right

where the house stands   alone

it is a  gorgeous white one

very much  familiar and known

a place that invited a rouse

which led to a browse

a famous icon in  a  course

wherein emanates a declaration of war   and peace

the decisions show  up firm, not in a trace

the governance is done not in a haze

committed is the President never in haste

the name is synonymous with ideas chaste

it being a display of  grandeur and  magnificence

a cynosure of all eyes and a place of excellence

Festival of lights  was the day before.

The lights were not seen all the more.

Darkness was the only thing in the fore.

It is a skilful play of governance.

Cajoling them  with a difference.

Sending them back to primitive reference.

Learning keeps the people on the move.

Living in darkness is a lively experience all true.

Putting up with mosquito bites is a task to prove.

Well that is how we live for years together quiet low.

Blaming the predecessor is part of the game.

Accusing the federal is an excuse lame.

Accepting the deficiency is never a shame.

A day and night work out would bear fruit.

A well thought out plan would map the route.

Getting deep into the intrusive shoot,

would ensure a feasibility  with a hoot.

The glittering recent is attractive.

The Godliness seen from ancient is divinity.

The opportunity thrown is infinity.

Progress of the old  nation is great.

Economy is growing in spate.

Statesmen gain handsomely  in all rounds.

People lose sordidly at all bounds.

It is an ancient land of civilization.

Well,it is the Great Indian nation. 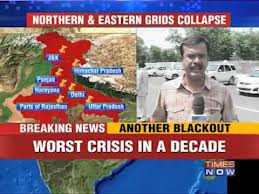 The work  is round the clock.

It goes  smooth without a block.

It is  lively beyond the lock.

It is diligently  enrolled into a flock.

Thoughts go  round and round the clock.

They gather strongly through  the rock.

They never assume a  deriding mock.

They oscillate  stealthily in a tick tock.

They drive towards a  legitimate dock.

The results show  publicly round the clock.

Some  signify a joyous stock.

Some  also denote a sad stalk.

They propose  an acceptance without a shock.

They incessantly revolve round the entire talk.

The world is governed by the clock.

Actions  occur in an ad hoc.

The living is through an interlock.

Disaster creeps in when anything goes  anti clock.

India Versus Norway: Diplomatic Embroil Over Bringing up Children on Blogcritics.

“The Child is father of the Man,” reads the famous line from William Wordsworth. Begetting a child gives unfathomable pleasure. Bringing up the little one is an art. The making and unmaking of a child depends largely on the mother.

Parenting is a task which requires great skill and foresight. Indians form a close-knit community. Every relation has an importance in the Indian family. The Indian mother, after a child is born, lives with the child all day long. The newborn is nurtured with great care, fed as and when it cries, sleeps nestling close to the mother. The children are put in separate rooms once they become self-sufficient and independent. The bonding between the child and the mother is special, enchanting and enhancing too. The proximity developed between the mother and the child lasts all through their life. Indians presume it as a healthy sign but in the West it is eyed differently.

Norway is in the headlines for separating the children of an Indian geoscientist from their parents since May 2011. Anurup and Sagarika Bhattacharya’s children, three-year old Abigyan and one-year-old Aishwarya, were taken under Norwegian protective care by the Norwegian Welfare services on the ground that the son slept with

his father and the mother fed the children with her fingers.

This allegation brings to mind an anecdote from a few decades back, when the former Indian President Dr. Radhakrishnan and the British Prime Minister Churchill met over dinner. As per the Indian custom, the President washed his hands well before eating. While Churchill was busy with spoon and fork, Dr.Radhakrishnan was eating with his fingers. Churchill asked the President to use the spoon and fork for better hygiene. The great scholar quipped, “No one else could use my fingers so I consider it most hygienic.” What would have happened to Dr. Radhakrishnan if he had visited Norway now? He would have been put in a centre and alienated from his kith and kin. Dr. Radahakrishnan is dead and gone. He has escaped the Norwegian authorities.

Norway’s Child Protective Service is a powerful organization which has been charged with being overzealous in protecting the children. The Norwegian Statistical Bureau, in its latest report of 2011,

shows that 19 of every 1,000 children born to immigrant parents were taken away from their family homes between 2004 and 2010.

In a report by IBN-CNN, Mr. Bhattacharya says, “We’ve appealed to the government that we’ll leave everything and go back to India. This is a nightmare in our lives. We want to bring back our kids. We were normal parents. There could be several upbringing issues because the culture is different.”

The Indian Government has taken up the issue and forced the Norwegian government to release the children from Protective Care. Their 27-year-old uncle would take custody of the children and the expenses for his trip to Oslo would be borne by the Indian government.

is approved in one part of the world may be strongly condemned in another region. Customs and traditions which seem offensive to one sect are appreciated highly by the other.

Shakespeare said that discretion is the better part of valor. Let us practise this ideal by honouring all cultures and values.

Is religion anything to be afraid of?

Does it hold anything to be scared of?

It is a puzzle that keeps us off.

Any question is considered uncommon,

Some say it is superstition,

Others express it as hallucination.

The best interpretation of religion is flat,

It says , occupation is religion, with a bat.

Business is an occupation,

It proposes a clean transaction,

Indeed, it is a positive perception.

Governance is a challenge,

It demands a balance in a range,

Incidentally it is a plausible change.

Professionals have to be sincere,

Likely it is  trait of great endear.

Each one has his own duty

The  predicament is itself a beauty,

Cumulatively this is religion in its glory.

Woke up in the morning with panic,

Chaos  in the neighbour’s attic,

Everything was strewn around,

As nothing valuable was found.

Each one was analysing the possible  way

Every body was  giving out a solution  in a sway,

The neighbour stood gripped in fear,

Looking at the door in the rear.

It is easy to remove the tiles above

Stealthily  get down in an easy go,

It was skilfully planned and  undertaken,

Finally got muddled and  overtaken.

A wrong foot on the metal tin ,

Enough to alert the inmates,

Awakening them to a checkmate.

The entrants made haste,

Collecting the available in a crate,

Their act released a fear,

Destabilising all to the barest bear.

Day in and day out,

Placing everyone in a traumatic suspension.

The patrolling is very weak,

None are caught during the peak,

Inciting the citizens to keep a vigilant spree.

Theft and burglary have become common,

The local administration finds nothing uncommon,

Concentrating on charging the drivers for speeding,

The Police wantonly ignore the robbers of looting.

Governance is lacking  in district and state administration,

Right from the Clerk to the President  have their own disposition,

Refuting to arrange for a simple protection.