The technology gets the better of you

knowing not where you are and how you are

as contacts quickly find you .

where you can reach  any one at any time

with nothing much  costly.

It turns a bane in form of disturbance 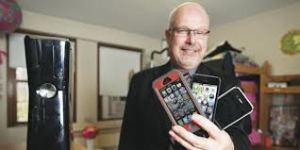 a pest  with little reference.

The  inputs and outputs tally perfectly

with the advantages and disadvantages overlapping

crossing the reliability  all the more.

Seeing through the lines

reading through the lines

standing through the lines

are things which fall in line.

Seeing out of the box

thinking out of the box

getting out of the box

taking out of the box

are things which prop out of the box.

Seeing beyond the forms

going beyond the norms

keeping away from harm

sustaining  within the calm

are actions that  make one long.

This being the line and form.

This coming under form and norm.

This being thinking out of box

This working towards situation calm.

Stands out with a notation different.

Over enthusiastic he be

not in his  assigned job

but in others he be

getting excited  with a throb

he along with his wife wants to be

always in the limelight  and forefront

forgetting his status almost at all

thinking superior of himself at all front

while his wife holds her head high and

intruding in every other’s work with a stunt

wanting to get importance at any cost

irrespective of who is around at that time

let that be his chief and  anyone at last

who holds a position atop of all chime

being top in the administration of the temple

protagonist  creeps in with his wife

calling another upstart to his help

who dashes in finding a gap in the strife

both  nay the three of them go about in an ape

performing  the rituals with glee

while the rightful person and his better half

stand aghast seeing the trio in the spree

fearing their outburst would harm

how long could they be so  unassuming

thrashing the trio in public with words firm and   piercing

while the wife of the culprit   hearing the scorn

sat down with bowed head in the midst.

Would it teach a lesson? I wonder

as the trio are known for their inferior tactics

they would surely go in for another one asunder

well, the next time they do the same practice

the lady would have to act fiercely

having to  sack the duo from the scene

and bring the upstart to ignominy.

The land opposite to my house was beautiful

lighting the environment with greenery  all wonderful

while the orangutans played  lively  cheerful

a sight pleasant to gaze and watch all day  being resourceful

invigorating the mind and soul  together to  a full. 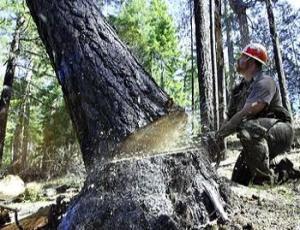 All of a sudden the trees were felled

along with them the monkeys disappeared

seeing before a stretch of  ground  charred

brown and white sand all across instead

a glaring sight to see in  physical  read

with the eyes being used to verdant indeed .

My neighbours   filed a petition

with  the signatures of all the residents  in tension

marched towards the town council in unison

opposing its move to grant permission

with that being so forceful and realistic  in edition

the civic authorities withdrew their sanction

and away went the lorry  and tractor shed in disposition.